Whether you prefer the vibrant art and culture of Paris or the idyllic calm of the French countryside, it’s easy to fall in love with France — which is why it’s such a popular destination for U.S. expats. With something for everybody, France is an excellent choice for Americans seeking a new life abroad — as long as they stay up to date on their U.S. taxes.

Getting a handle on your U.S. expat taxes in France may seem impossible, but with the help of the tax experts here at H&R Block’s Expat Tax Services, you’ll get caught up on the basics in no time. 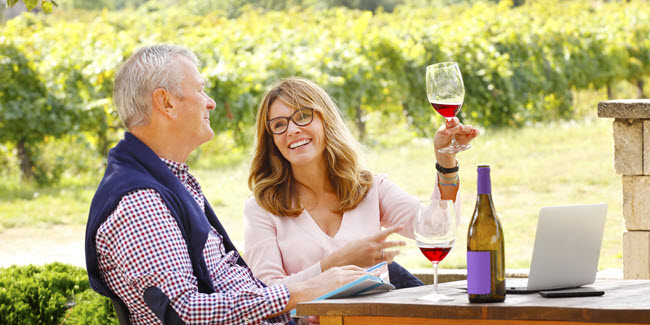 Ready to file your U.S. taxes from France? Whether you file expat taxes yourself with our online expat tax service designed specifically for U.S. citizens abroad or file with an advisor, H&R Block is here to help.

How U.S. taxes work for Americans living in France

Here’s how taxes for Americans living in France work: As long as you’re legally considered a U.S. citizen or Green Card holder, you have a tax obligation to the United States. The reason for this is that the U.S. has a tax system based on citizenship, not place of residency. That means it doesn’t matter if you live in Philadelphia or Paris—if you’re legally considered an American, you file U.S. taxes.

If you have French financial accounts (like bank accounts) or assets, you may need to report them. The U.S. requires citizens to disclose French financial accounts that held $10,000 or more at any one time in the year. To do that, you have to file a Foreign Bank Account Report (FBAR). If you have foreign assets with a value greater than $200,000, you may also have to file FATCA Form 8938.

If you’re an American working in France you can lower your U.S. tax bill and avoid U.S./France double taxation with certain tax strategies. The U.S. has options to help prevent double taxation for Americans living overseas, including tax credits, deductions, and income exclusions:

U.S. taxes when retiring in France

If retiring to a cozy French cottage in the countryside is your retirement goal, you should first understand how taxes work when retiring abroad:

The U.S. and France have a tax treaty that details specific tax situations between the two countries. While the U.S. has these treaties with a number of countries, the one with France is special because it has language detailing how French pensions and retirement accounts should be taxed.

Normally, having a foreign pension or retirement account would trigger a whole host of other reporting. Not so with the U.S.-France tax treaty.

In laymen’s terms, the U.S. and France agreed that social security income will be taxed based on its source, not where the resident lives:

We recommend you speak with an Expat Tax Advisor before you dive into these types of taxes on your own — this is complicated stuff, and the France-U.S. tax treaty is one of the more complicated ones. 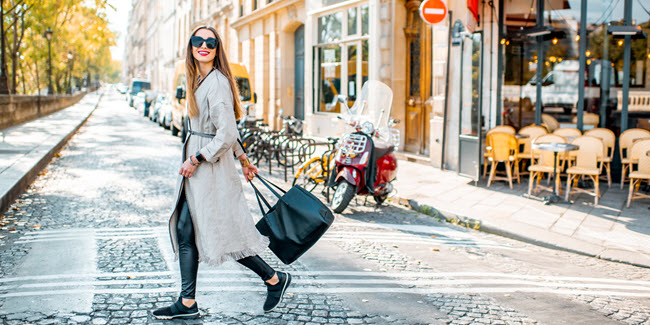 As an American living in France, you may have to pay French taxes. Here at H&R Block, we dedicate our expertise to U.S. taxes. If you have questions specific to your French tax return, it’s best to speak to an expert on local French taxes.

Who qualifies as a French resident?

Again, residency and taxes in France are complicated subjects, and we recommend you speak with a French residency expert before starting your U.S./France taxes.

There are two sets of income tax rates in France: One for residents and one for non-residents. French residents are taxed on worldwide income. Americans living in France who are not considered residents for tax purposes are only taxed on income from French sources. Because France has a high income tax rate, it may make sense for you to look into applying the Foreign Tax Credit instead of the Foreign Earned Income Exclusion. When you file with an advisor, they can help walk you through your options.

How to file U.S. taxes from France

With H&R Block, you have two options to file expat taxes from France: With you in the driver’s seat using our DIY online expat tax service (designed specifically for expats), or by letting one of our experienced Expat Tax Advisors take the wheel. No matter which journey you choose, you get the 100% Accuracy Guarantee from H&R Block.

Here’s how to file your U.S. expat taxes from France:

When it comes to U.S. taxes for Americans living in France, Block has your back.

If you’re an American living in France, tax returns likely aren’t at the forefront of your mind until it’s time to file. Luckily for you, our expat tax services are tailored for Americans abroad, making the process simple and your tax season stress-free.