U.S. Expats and American Taxation in the Philippines

The Philippines has a lot to offer adventurous Americans looking for a life abroad. Warm weather, pristine beaches, and a low cost of living draws U.S. expats from all walks of life, but just because you’ve escaped to paradise doesn’t mean you’ve also escaped your U.S. tax obligation.

American taxation in the Philippines can be tricky to understand, but we’re here to help make it easier on you.

Ready to file your U.S. taxes from the Philippines? Whether you file expat taxes yourself with our online DIY expat tax service designed specifically for U.S. citizens abroad or file with an advisor, H&R Block is here to help.

How U.S. taxes work for Americans living in the Philippines

The main thing you should understand is if you’re a U.S. citizen or Green Card holder, you likely have to file a U.S. tax return from the Philippines each year. The United States tax system is based on citizenship, not place of residency. That means it doesn’t matter if you live in Massachusetts or Manila—if you’re an American you’re taxed on income.

Taxable foreign income for Americans living in the Philippines includes:

For example, if you have $10,000 in Philippine accounts (or other offshore financial accounts) at any one time in the year, you’ll have to file a Foreign Bank Account Report (FBAR). If you have foreign assets with a value greater than $200,000, you may also have to file FATCA Form 8938.

If you’re starting to worry about double taxation (Philippines and U.S.), don’t sweat: The U.S. has three tools you can use to lower your U.S. bill and avoid Philippine/U.S. double taxation:

Because there are a variety of factors that can dictate which option would be best for you, you should seek the guidance of an expert and leave your U.S. taxes to a pro.

We mentioned above that the U.S. has tax treaties with certain countries, and the Philippines is no different. While the U.S./Philippines tax treaty has dozens of provisions, an important one is the agreement to comply with FATCA reporting — meaning the two countries can exchange information about an individual’s financial accounts. Considering the hefty fines and penalties that come from not reporting your assets (upwards of $10,000 in fines per year), it’s worth it to have a U.S./Philippines tax expert go through your documents to make sure you’re reporting the correct amount. 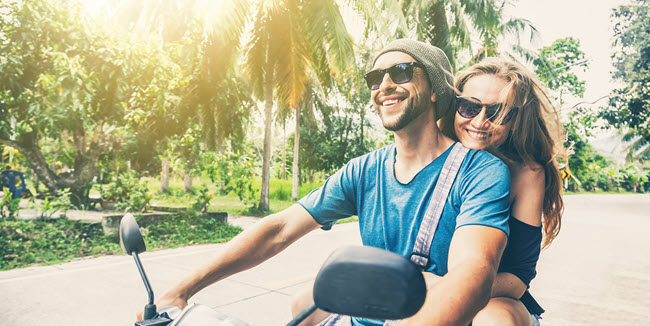 As an American living in the Philippines, you may have to pay Philippine taxes. Here at H&R Block, we dedicate our expertise to U.S. taxes. If you have questions specific to your Philippine tax return, it’s best to speak to an expert on local Philippine taxes. Whether or not you have to file is dependent on your residency status:

Who qualifies as a Philippine resident?

If you’re a nonresident who spent more than 180 days there, you’re considered a nonresident alien who is engage in a Philippine trade or business.

The Philippine tax year is based on the calendar year, from January 1 till December 31. Your Philippine tax return is due on April 15. Americans living in the Philippines have set income tax rates, ranging from 0% to 35%.

How to file U.S. taxes from the Philippines

Need to file U.S. taxes from the Philippines? Whether you file expat taxes yourself with our online DIY expat tax service designed specifically for U.S. citizens abroad or file with an advisor, H&R Block is here to help.

Here’s how to file your U.S. expat taxes online:

If you’re a U.S. citizen living in the Philippines, tax returns likely aren’t at the forefront of your mind until it’s time to file. Luckily for you, our expat tax services are tailored for Americans abroad, making the process simple and your tax season stress-free.