What is the Bona Fide Residence Test?

A question many expats have when they come to our tax experts is “what does passing the Bona Fide Residence Test mean? Do I qualify?”

It’s a good question, because it can be a confusing topic. The Bona Fide Residence Test is one of two ways U.S. taxpayers can qualify for the Foreign Earned Income Exclusion (FEIE). It shouldn’t be confused with the Physical Presence Test, the other way to qualify for the exclusion.

What is the difference between the Bona Fide Residence Test and the Physical Presence Test?

To pass the Bona Fide Residence Test you must have more ties to a foreign country and be a resident of that country for an uninterrupted period that includes an entire tax year.

When you do go back to the U.S., you go with the intention of returning to your foreign country of residence.

A perk expats like about passing the Bona Fide Residence vs. Physical Presence Test is that those who qualify as a Bona Fide Resident of another country have the luxury of coming back to the states for vacations and holidays.

If you’re unsure if you can pass either test, there is a handy chart you can use in the IRS’ instructions for Pub.54 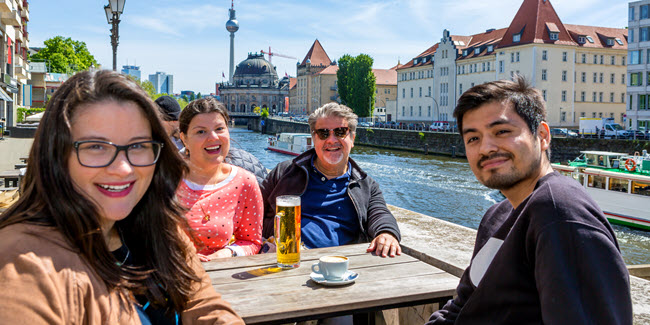 How to qualify as a Bona Fide Resident

If you want to qualify as a Bona Fide Resident, there’s good news and bad news. The good news is that the IRS determines status on a case-by-case basis—the IRS Tax Guide for U.S. Citizens and Resident Aliens Abroad (Publication 54) says they take into account “such factors as your intention or the purpose of your trip and the nature and length of your stay abroad.” Having family in your new country is an important distinction (and a big bonus for you), because it helps solidify your ties to the country. The bad news is that because the IRS determines Bona Fide Residency on a case-by-case basis, there isn’t exactly a clear-cut answer to whether or not you’ll pass.

However, there are a few strict rules that apply that can help you determine if you qualify (see the actual IRS form instructions for more detailed instructions and inclusions/exclusions):

Here are two examples of situations in which you would and wouldn’t qualify:

Let’s say you work for U.S. employer and were recently transferred indefinitely to Germany. You and your family arrive and establish residency on October 1, 2019. On June 1, 2020 you return to the U.S. for business meetings and arrive back in Berlin on July 1, 2020, where you stay for the remainder of the year. The IRS will consider you to have lived in Germany for an entire tax year on December 1, 2020, and you may qualify as a Bona Fide Resident.

Now let’s say all the above apply, but you were permanently transferred back to the U.S. on November 1, 2020. You’re just short of living there an entire tax year, even though you lived there for more than 12 months. In this case you would not qualify as a Bona Fide Resident.

Got it? If not, don’t worry. This is complicated stuff, which is why experts like our tax advisors exist. That’s why it’s smart to seek help of tax experts instead of attempting to go it alone.

Have more questions about qualifying for the Foreign Earned Income Exclusion or which section you should fill out on Form 2555? Our experts are here to guide you every step of the way. No matter how complicated your situation is, there's an expert ready to help. Get started with Virtual Expat Tax Preparation from H&R Block.