Living abroad can be fulfilling, challenging, and — depending where you’ve decided to hang your hat — expensive.

The good news is that there are certain credits and exclusions, like the IRS’s foreign housing exclusion, that expats can claim on their tax return to offset some of the expenses that come from living abroad. 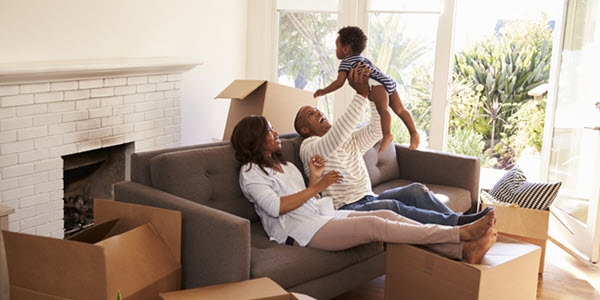 While the foreign housing exclusion can be extremely helpful in saving you money while living abroad, the details of who qualifies and what expenses you can exclude can be a bit confusing.

The foreign housing exclusion and foreign housing deduction are tools that allow U.S. taxpayers living abroad to exclude or deduct the cost of rental housing overseas from their gross income on their U.S. tax return. They can also be used in tandem with the Foreign Earned Income Exclusion (FEIE).

The foreign housing deduction is the same as the exclusion, but it can only be claimed by self-employed expats. It doesn’t reduce the self-employment tax for expats overseas.

Who qualifies for the foreign housing exclusion?

Not just any U.S. citizen renting an apartment overseas can claim the foreign housing exclusion. Just like qualifying for the foreign earned income exclusion, you must reside in a foreign country and qualify under the bona fide residence test or the physical presence test.

You must also have qualified housing expenses that exceed the base amount of 16% of the FEIE (more on that in the next section) and you must have already paid for those expenses.

How much (and what) can I exclude under the foreign housing exclusion?

Housing expenses include reasonable expenses paid or incurred for housing for the taxpayer, spouse, and dependents. If you qualify, you can generally exclude the following expenses on your U.S. tax return:

The amount you can exclude depends on your foreign housing expenses for the year minus the base housing amount allowed by the IRS. Here’s one part where it gets tricky when we discuss the maximum amount you’re allowed to deduct.

The base housing amount is an amount set by the IRS and is tied to the maximum foreign earned income exclusion. Currently, the base housing amount 16% of FEIE, and the maximum amount you’re allowed depends on where your housing costs were incurred. The IRS has a list of cities and their respective maximum allowable amounts listed on the worksheet in the instructions for Form 2555, the form you file to claim the foreign housing exclusion.

Why do different cities have different maximums? Because some cities around the world are much more expensive than others, and the IRS wants to account for that.

For example, in 2020, the maximum amount allowed for expats renting a home in Hong Kong is $114,300. In Dublin, Ireland, that amount for 2020 is $40,200. It gets pretty complicated when you have to factor in time spent traveling and multiple countries, so it’s best to leave the calculations to your Expat Tax Advisor.

You should also be aware that your foreign housing expenses can’t exceed your total foreign earned income for the taxable year, so keep that in mind before you take out a lease on that swanky London penthouse.

How to claim the foreign housing exclusion and deduction

You’ll claim your foreign housing exclusion on Form 2555, the same form you’d use to file for the FEIE. You can either file online yourself with our DIY expat tax filing service or you can leave it to one of our experienced Expat Tax Advisors to handle it for you.

To figure out the housing exclusion on your own:

Or, just leave it to your Expat Tax Advisor to make sure you’re excluding the maximum allowable amount.

If calculating the foreign housing exclusion seems complicated, you’re not alone, and we’re here to help. It’s simple to get started on your U.S. tax return — whether you want to be in the driver’s seat with our DIY online expat tax service designed for U.S. citizens abroad or want to let one of our experienced Expat Tax Advisors take the wheel. Head on over to our Ways to File page to choose your journey and get started.