Picture this: nearly 28 million filers received a total of approximately $66.7 billion from the Earned Income Tax Credit (EITC) during the 2015 tax filing season. What that means to eligible individual filers is an average EITC refund of approximately $2,400 with some as high as $6,000 in 2015. For many working families, this credit is a financial lifeline every year. 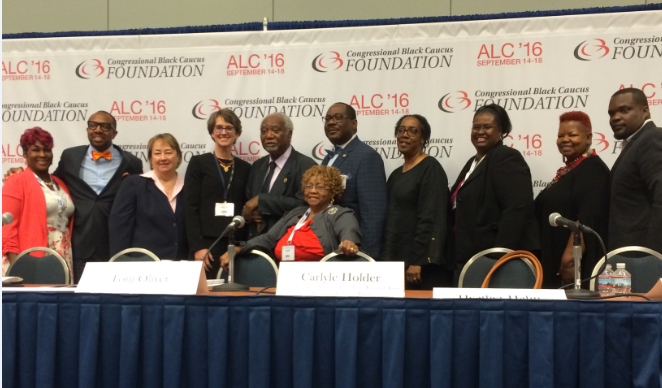 However, nearly 20 percent of eligible taxpayers do not claim this credit due to the complexity of filing. To help shed light on this gap, H&R Block’s Chief Government Relations Officer Marie van Luling participated in the Child Welfare Brain Trust panel at the Congressional Black Caucus Foundation’s 46th Annual Legislative Conference.

Congressman Danny Davis hosted a panel bringing together an array of speakers who provided insights on how to support African-American families through a variety of different avenues. A common theme throughout the panel was the importance of being able to create better access to resources for families in need, from claiming important tax credits to encouraging children to follow their dreams through national mentoring programs. The other panelists included:

On behalf of H&R Block, van Luling discussed improving the tax code to increase financial security and help taxpayers understand their credit options. Depending on income and household size, she noted, the EITC can help taxpayers receive an extra boost in their refund, but if this credit is filed incorrectly, taxpayers can be banned from receiving the credit for two years. Van Luling noted that the “tax code is a conduit for social policy,” and emphasized the need for simplicity so that families can reap the benefits of the code.