As an American or green card holder living down under, you’ve got to juggle two different tax seasons. Taking care of your U.S. expat taxes in Australia can feel like a complicated task, and that’s before you throw in your local Australian taxes. Understanding local and U.S. tax rules is a lot to stay on top of for expats in Australia, which is why H&R Block is here to help. 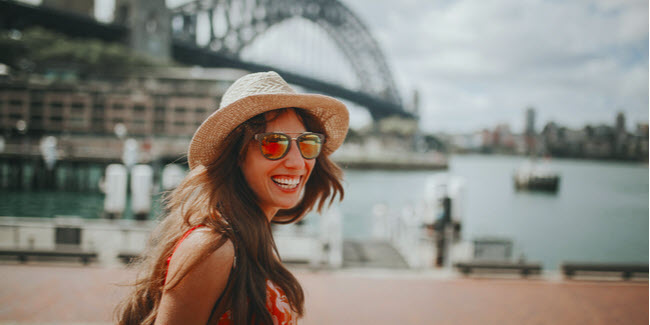 Our expat Tax Advisors understand the ins and outs of taxes for expats in Australia, and you can rest easy knowing you’ve found the right expertise for your U.S. tax return. We make it simple to get your U.S. expat taxes done online so you can get back to living your best life abroad.

For starters, Americans and U.S. green card holders living in Australia should continue to file a U.S. tax return each year. However, filing taxes while overseas comes with new considerations and questions. “Do I have additional information to report to the IRS? How do my Australian financial accounts affect my filing? Do I report using the U.S. or Australian tax year? What options do I have to reduce my tax bill? Do U.S. expats pay Australian taxes?”

As a general rule of thumb, if you’re an American working or living in Australia you should assume you have a tax obligation in both the U.S. and Australia. But, don’t worry—there are a number of perks and tools you can use to ensure you’re not paying more than your fair share of taxes. These include exclusions and tax credits—like the Foreign Earned Income Exclusion and Foreign Tax Credit—as well as built-in rules outlined by the U.S./Australia tax treaty.

We’ve outlined a few considerations Americans living in Australia should keep in mind when filing taxes, so you know what affects the tax you pay, and which forms you need to file. Of course, tax rules for U.S. expats go beyond what we’ve listed below.

Ready to file your U.S./Australia taxes? Whether you file your expat taxes yourself with our online DIY expat tax service designed specifically for U.S. citizens abroad or file with an advisor, H&R Block is here to help you get it done.

How U.S. taxes work for American expats in Australia

Working in Australia can affect your taxes even if you don’t live there for very long. For example, if you earn income while on a short-term assignment, you’ll need to report that income on your U.S. taxes. As you establish deeper financial roots in Australia, you’ll have more considerations for your American tax filing.

Due to the higher Australian tax rates, it’s generally more favorable for Americans living in Australia to use the foreign tax credit. However, your H&R block tax advisor can confirm the best path for you.

Australian pension contributions aren’t tax free for your U.S. taxes. While a superannuation fund provides tax benefits on your Australian taxes, it won’t be treated the same on the U.S. side.

Depending on your personal circumstances, your account may be considered a foreign grantor trust or employee benefit trust. That in turn affects what you’re taxed on and which U.S. tax forms you need to file.

You can rely on the expertise of our Expat Tax Advisors to help you accurately complete your tax filing.

The U.S. has a tax treaty with Australia to define specific tax rules that apply between the countries. The main provisions cover how to prevent double-taxation and guides to income taxes, capital gains taxes, and corporate tax. However, U.S. tax treaties have what’s called a Saving Clause, which effectively lets the U.S. tax its citizens as if the treaty never existed.

One last provision you should be aware of is that the Australian government shares tax information on Americans living in Australia with the IRS. This includes tax returns as well as bank account info— which means if you fail to file your FBAR or FATCA reports (or if you file them incorrectly) you may be hit with fines and penalties. That’s why it’s crucial you pick a U.S. tax preparer that understands the ins and outs of expat taxes—like the ones here at H&R Block.

Should you want to take advantage of tax treaty benefits (and you’re required to file paperwork regarding them), you’d file Form 8833.

What Americans living in Australia should know about Australian taxes 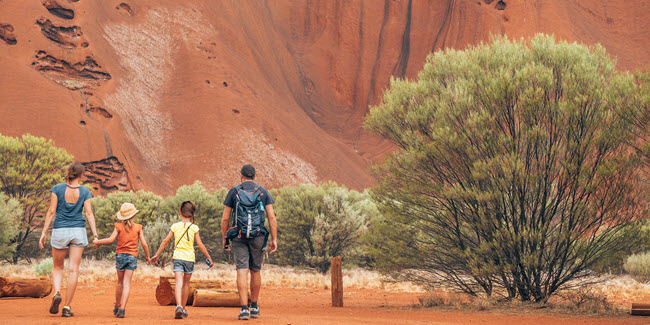 If you’re an American working in Australia, you may also have to file Australian taxes, which are based on your residency and domicile status. Where Australian taxes are concerned, your domicile is generally where you have your permanent home and your residency is where you spend most of your time. You can be a resident in more than one country, but you can only have one domicile.

How does being a resident affect your taxes?

The income tax rates are different for residents vs. nonresidents. Similar to taxes in the U.S., the percentage of tax that you pay increases as your income increases. However, the rate ranges are steeper for nonresidents as shown below.

Resident shareholders in foreign companies can get credits on distributions. If you own shares in an Australian company and receive a grossed-up dividend of profits, the company has already paid taxes on a portion of those dividends (currently the rate is 30%). Australian residents may receive a rebate — called a franking or imputation credit —on the tax that has already been paid and distributed by the company. Depending on your Australian tax bracket, you may be able to receive the full credit or a portion of the credit.

The tax year is different than in the United States. The Australian tax year starts on July 1 each year and ends the next year on June 30. You must lodge (file) your taxes by October 31.

As your U.S. tax documentation and reporting generally follows a calendar year, you may need to combine your Australian pay stubs and other payment records to reflect a full U.S. tax year.

How to file a U.S. tax return from Australia

Need to file a U.S. tax return from Australia? We’ve got you covered. Here’s how to file your U.S. expat taxes online:

Our highly trained experts have helped thousands of Americans moving to Australia as they file their U.S. expat and Australian taxes in Australia. You can trust our expertise and guidance to help you determine the best tax strategies for you.

Start your U.S. and Australian taxes for free today!