As an American or Green Card holder living in Japan, taking care of your U.S. taxes can feel like a complicated task. Knowing which tax rules affect you and understanding your options is a lot to stay on top of.

With H&R Block, you can rest easy knowing you’ve found the right expertise for U.S. expat taxes in Japan. Whether you need expat tax guidance on filing from abroad or information on FATCA and FBAR rules, we’re here to help.

Ready to file your expat taxes? We’ve got a tax solution for you—whether you want to DIY your expat taxes or leave it to one of our experienced Tax Advisors. Head on over to our Ways to File page to choose your journey and get started.

What Americans working in Japan should know about U.S. taxes 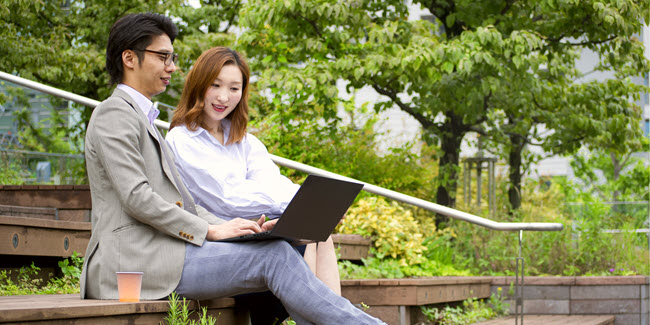 Filing U.S. expat taxes in Japan comes with new considerations and questions: “Do I have additional information to report to the IRS? How do my Japanese financial accounts affect my filing? What options do I have to reduce my tax bill?"

For starters, Americans and U.S. Green Card holders in Japan should continue to file a U.S. tax return each year.

Working as an American in Japan can affect your taxes even if you don’t stay for very long. For example, if you earn income while on a short-term assignment, you’ll need to report that income on your U.S. taxes. As you establish deeper financial roots in Japan, you’ll have more considerations for your American tax filing.

Depending on your level of income, either the foreign earned income exclusion or foreign tax credit may be more favorable for American expats in Japan. Your H&R Block tax advisor can confirm the best path for you.

A resident is a person who has a domicile or resided in Japan for one year or more. There are two categories of residency:

A nonresident is a person who can’t be categorized as a non-permanent or permanent resident. Nonresidents are taxed on Japan-sourced income only.

Similar to taxes in the U.S., the percentage of tax residents pay increases as income increases. Comparably, the Japanese tax rates are higher, meaning many American expats in Japan would pay more in tax locally than in the U.S.

With this in mind, it’s typically better for most U.S. taxpayers to use the foreign tax credit. One of our experienced tax advisors can help determine the best choice for your situation.

The tax season is similar to the U.S. tax year, but with a few differences. Japanese taxes follow a January to December tax year. Tax returns are due on March 15. However, if you’re a resident leaving Japan, your taxes are due before you depart.

How to file U.S. taxes from Japan

Need to file U.S. taxes in Japan? Here’s how to file your U.S. expat taxes online:

H&R Block is here to help with U.S. expat taxes in Japan

Are you a U.S. citizen living in Japan? H&R Block Expat Tax Services is here to help you get your U.S. taxes in order. With multiple ways to file, we’ve got a tax solution for you. Get started with our made-for-expats online expat tax services today!