¡Viva México! It’s no surprise that Mexico is a top destination for Americans seeking a simpler life abroad — U.S. expats in Mexico rave about the laid-back living, friendly locals, and rich culture. But, as it turns out, leaving behind the hustle-and-bustle of life in the States doesn’t mean you’ve left behind your U.S. tax obligation.

Understanding U.S. expat taxes in Mexico may seem as difficult as crafting the perfect Molé sauce, but with the help of the tax experts here at H&R Block’s Expat Tax Services, you’ll get caught up on the basics in no time.

Ready to file U.S. taxes from Mexico? Whether you file expat taxes yourself with our online DIY expat tax service designed specifically for U.S. citizens abroad or file with an advisor, H&R Block is here to help.

How U.S. taxes work for Americans living in Mexico 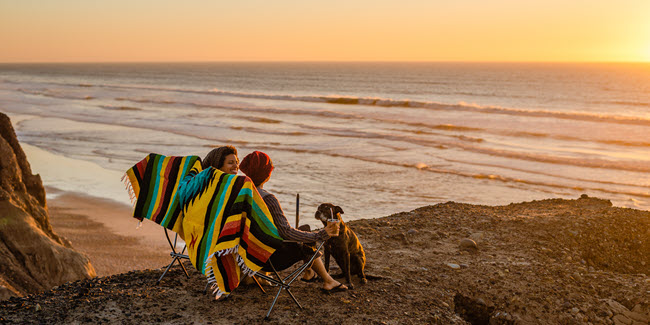 Expat tax rules state that if you’re a U.S. citizen or Green Card holder, you have to file a U.S. tax return each year, even if you live and work in Mexico. The United States tax system is based on citizenship, not place of residency. That means it doesn’t matter if you live in Connecticut or Cancún — if you’re legally considered an American, you file U.S. taxes.

You may need to report money in your Mexican financial accounts as well as financial assets. To increase worldwide income transparency, the U.S. has two additional reporting requirements for certain expats. Generally, if you have a total of $10,000 or more in Mexican bank accounts (or other offshore financial accounts) at any one time in the year, you’ll have to file a Foreign Bank Account Report (FBAR). If you have foreign assets with a value greater than $200,000, you may also have to file FATCA Form 8938.

You can lower your U.S. tax bill and avoid dual taxation with certain tax strategies. If you were worried about U.S.-Mexico double taxation, you can relax. U.S. citizens working in Mexico may use one of the following three options to avoid overpaying on taxes:

U.S. taxes when retiring in Mexico

Retiring in Mexico is an attractive option not just because of its active, healthy lifestyle and proximity to the U.S., but also because of just how far your retirement income can stretch. A lower cost of living and lower housing prices result in a budget-friendly yet luxurious lifestyle, as long as you stay current on your U.S. tax filings. Here are the basics of retiring in Mexico and U.S. taxes:

Many Americans have a vacation home or rental property in Mexico, and there’s even a large chunk of U.S. expats in Mexico that make rental properties their main source of income. While renting out your Mexican condo may be good way to earn extra income, it also adds some extra forms to your yearly U.S. tax filing — depending on your situation, you may have to either attach a Schedule C or Schedule E to Form 1040 when filing. If your filing situation is complicated or you have multiple properties, we definitely recommend you leave your expat taxes to a professional expat tax advisor.

While taxes on foreign rental properties are generally the same as taxes on a U.S. rental property, there are some exceptions and complications. An expat tax advisor can walk you through these. You should also note that you most likely will have to pay Mexican taxes on your property and should seek the help of an in-country accountant to help you navigate them.

Working as a U.S. citizen in Mexico can affect your taxes even if you don’t stay long. For example, if you earn income while hopping the border for a few weeks (or even a few days), you’ll need to report that income on your U.S. taxes.

Since the U.S. shares a border with Mexico, it isn’t uncommon for Americans to work in the U.S. and live in Mexico, or vice versa. For example, if you live in Rosarito, Mexicio and work in San Diego (or the reverse) you would still have to file a U.S. tax return, and you may also have to file a Mexican tax return. 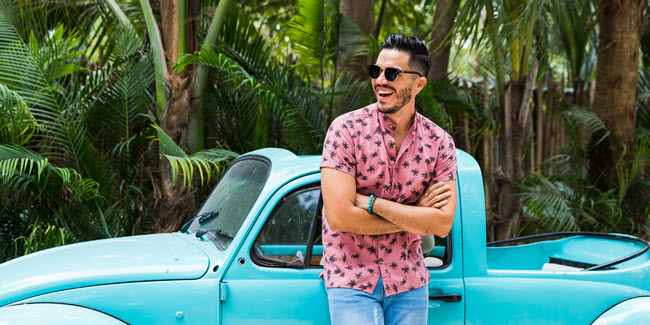 As an American living in Mexico, you may have to pay Mexican taxes. Here at H&R Block, we dedicate our expertise to U.S. taxes. If you have questions specific to your Mexican tax return, it’s best to speak to an expert on local Mexican taxes. Whether or not you have to file is dependent on your residency status:

Who qualifies as a Mexican resident?

How to file U.S. taxes from Mexico

With H&R Block, you have two options to file expat taxes from Mexico: With you in the driver’s seat using our DIY online expat tax service (designed specifically for expats), or by letting one of our experienced Expat Tax Advisors take the wheel. No matter which journey you choose, you get the 100% Accuracy Guarantee from H&R Block.

Here’s how to file your U.S. expat taxes from Mexico:

When it comes to U.S. expat taxes in Mexico, Block has your back.

If you’re a U.S. citizen living in Mexico, tax returns likely aren’t at the forefront of your mind until it’s time to file. Luckily for you, our expat tax services are tailored for Americans abroad, making the process simple and your tax season stress-free.