I already paid tax in my country of residence. Do I have to pay to the United States too, or can I use the Foreign Tax Credit to offset my U.S. income taxes?

Paying taxes twice on the same income is a common concern for U.S. citizens working abroad. Fortunately, the U.S. has a few safeguards in place to help ensure citizens aren’t double taxed on the same income. At the end of the day, your U.S. income tax liability depends on your ability to utilize these safeguards. The Foreign Tax Credit is one of them, but there are rules and limitations that apply when claiming it.

Ready to file? Head on over to our Ways to File page to get started, or learn more with the top 20 things you should know about U.S. expat taxes.

What is the Foreign Tax Credit? 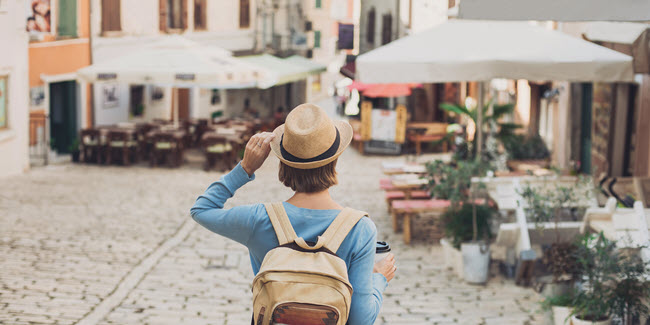 The Foreign Tax Credit (FTC) is one method U.S. expats can use to offset foreign taxes paid abroad dollar-for-dollar. Tax credits in general work like this: If you owe the U.S. government $1,500 in taxes and you have a $500 tax credit, you’ll end up only owing $1,000 — and the Foreign Tax Credit is no different. If you’ve already paid income taxes to a foreign country, the FTC gives you a credit to use on your U.S. taxes, lowering your U.S. tax liability. The maximum credit amount you’re allowed to claim depends on your worldwide income and how much in taxes you’ve already paid. We’ll run through some examples further down.

Who is eligible for the foreign tax credit? In general, you’re eligible for the credit if you’re a U.S. citizen or resident who earns foreign income abroad and already paid income taxes to your country of residence.

Often expats will owe no U.S. tax if working in a country with a higher tax rate than the U.S., like China, but the rules are complex depending on the country where you live and the foreign tax credit limitations. That’s why it’s crucial to make sure to check with your expat tax advisor about which foreign taxes you can use to maximize your FTC.

There are a few foreign tax credit limitations for U.S. expats — you can’t just claim it on any income earned abroad. To claim the credit:

The tax must be imposed on you

If paying taxes to your resident country isn’t mandatory, you won’t qualify for the FTC. The tax must be imposed on you—for example, if you live in Australia and Australian taxes are automatically deducted from your paycheck, that is considered to be an income tax imposed on you.

You must have paid or accrued the foreign tax

You must have already paid or accrued the foreign tax. If you haven’t paid it, accrued it, or are not responsible for paying it, you won’t qualify.

The tax must be the legal and actual foreign tax liability

This is pretty self-explanatory. If you pay taxes to a foreign country, in order to use the FTC the tax must be a legal tax and you must be required to pay the tax. If, for example, you’re a digital nomad that has no current country of residence and thus no imposed income taxes, you wouldn’t be able to claim the FTC.

The tax must be an income tax

In order to claim the FTC, you must have paid income taxes to a foreign country. The IRS states the following types of foreign taxes are not eligible for the FTC:

Be careful—the IRS has stipulations on what counts as a foreign "income" tax. For example, up until recently, foreign tax credit rules stated Americans living in France couldn’t claim a tax credit on French Generalized Social Contribution Taxes. Why? Because the IRS didn’t consider them income taxes. The IRS has since changed its stance and now U.S. expats in France may claim the FTC to offset these French taxes. Another example is the solidarity tax that supplements income taxes in Germany.

Some expats live in countries that do not have an income tax, like the UAE, but have other forms of taxes. If you paid foreign taxes in lieu of income taxes, you still may be able to offset them with the FTC. Taxes that qualify must be a foreign levy imposed in place of an income tax. Each scenario in each country is different, so we recommend you leave the Foreign Tax Credit limitations and rules to the experts.

To get your maximum credit amount you’ll divide your foreign-sourced taxable income amount by your total taxable income, then multiply that result by your U.S. tax liability.

Not fond of heavy math? Simply file with an Expat Tax Advisor and let them do the hard work for you.

The Foreign Tax Credit vs. the Foreign Earned Income Exclusion

The FTC isn’t your only tool to offset U.S. taxes. The Foreign Earned Income Exclusion (FEIE) lets you deduct foreign income from your yearly tax filing like any other deduction, while the FTC lets you claim a dollar-for-dollar tax credit to reimburse you for taxes already paid to your host country.

Many expats ask us which is better, using the tax credit or the foreign income exclusion. The answer really depends on your specific situation, your assets, and where you’re now living.

A big difference between the two is what counts as income.

The FEIE only applies to income from your wages. The FTC applies to gross income from all sources, including passive income like interest or dividends. However, it only works if you pay taxes to the country you now reside in.

Different situations have different stipulations and consequences, which is why our Tax Advisors always do a thorough analysis to find out which form would benefit you the most. If you’re unsure which form to use, we strongly recommend you leave it to the professionals (like us!).

These are some of the factors our Tax Advisors consider when choosing between the FTC and the FEIE:

Have more questions about foreign tax credit limitations or rules? Ready to file Form 1116? Whether you file expat taxes yourself with our online DIY expat tax service designed specifically for U.S. citizens abroad or file with an advisor, H&R Block is here to help.