Taxes for U.S. Citizens Living Abroad: What You Should Know

U.S. citizens living abroad still may have a U.S. tax obligation. Learn the basics behind U.S. expat tax rules and requirements to file. For U.S. citizens living abroad, taxes can seem confusing at best and downright overwhelming at worst. You’ve probably got a whole host of questions — for example, do U.S. citizens have to pay taxes on foreign income? How much taxes do you pay if you work overseas?

If these questions sound familiar, you’re not alone — U.S. expat tax rules can be confusing and downright complicated for even the most financially-savvy Americans.

Despite what you might think, you do have a tax obligation to the United States as long as you’re a citizen — regardless if you’re currently living in Tokyo, Japan or St. Louis, Missouri.

Ready to file your expat taxes? Whether you file expat taxes yourself with our online DIY expat tax service designed specifically for U.S. citizens abroad or file with an advisor, H&R Block is here to help.

Do U.S. citizens pay taxes if they live abroad?

Yes, U.S. citizens have to pay taxes on foreign income if they meet the filing thresholds, which are generally equivalent to the standard deduction for your filing status. You may wonder why U.S. citizens pay taxes on income earned abroad. U.S. taxes are based on citizenship, not country of residence. That means it doesn’t matter where you call home, if you’re considered a U.S. citizen, you have a tax obligation.

Your expat tax filing requirement doesn’t change even if you’re paid by a foreign employer overseas. In addition to federal income taxes, some U.S. citizens living abroad also need to file state taxes as well, depending on their last state of residence.

If you’re a U.S. citizen abroad and have never filed a tax return, you can relax. The IRS built in a safeguard for honest expats who truly didn’t know they had to file. You can get caught up penalty-free with Streamlined Filing Compliance Procedures. To qualify, you must:

How much taxes do I pay if I work overseas?

Now that you know U.S. citizens have to pay taxes on foreign income, your next question is probably about how much in taxes you pay if you work overseas. You might wonder if you’ll have any money in the bank after paying both your U.S. and host country income tax liabilities!

Fortunately, even though most U.S. citizens working overseas must file taxes, expat tax rules have evolved so most expats don’t actually owe any amount at the end of the year.

Is there a tax exemption for U.S. citizens living abroad?

A common question we hear is, “Do Americans living abroad get taxed twice?”

The short answer is no, Americans do not have to pay taxes twice. While there is no overall U.S. expat tax exemption, there are exclusions and credits to help alleviate the tax burden for U.S. citizens living abroad. These include:

Tax exclusions and credits are just two examples of the many unique tax rules applicable to U.S. expats working overseas, so it could be helpful to work with a qualified and reputable expat Tax Advisor to help manage your worldwide tax burden.

What are some common tax forms U.S. expats need to know about?

Now that you know you have to file, you should get to know some of the common forms U.S. expats use to file their taxes.

I’m retiring abroad. What do I need to know?

How to file U.S. taxes as an expat

With H&R Block, you have two options to file your U.S. expat taxes: With you in the driver’s seat using our DIY online expat tax service (designed specifically for expats), or by letting one of our experienced Expat Tax Advisors take the wheel. No matter which journey you choose, you get the 100% Accuracy Guarantee from H&R Block.

Here’s how to file your U.S. expat taxes from overseas:

Living abroad? Confused about filing your U.S. taxes? Leave it to the experts at H&R Block Expat Tax Services

For U.S. citizens abroad, expat tax rules can be a headache. Have more questions or confused on how expats file taxes? Ready to file? No matter where in the world you are, we’ve got a tax solution for you. Get started with our made-for-expats online expat tax services today! 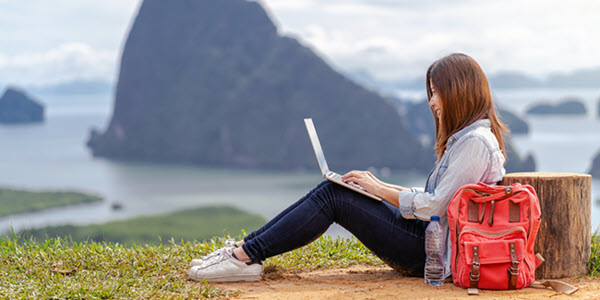 Live abroad? Save money on U.S. taxes with these 6 tax saving strategies