Ready to file? No matter where in the world you are, H&R Block Expat Tax Services has a tax solution for you — whether you want to DIY your expat taxes or file with help from an advisor.

What is the physical presence test? 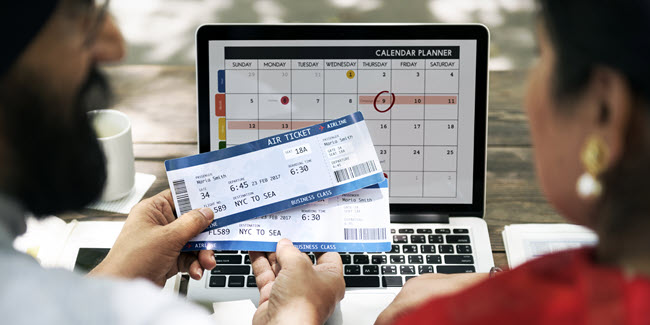 As its name suggests, the physical presence test helps the IRS determine if you spent enough time overseas to qualify for the foreign earned income exclusion (FEIE), which is a tax tool expats can use to lower their U.S. tax liability.

To pass the test, you must spend more than 330 full days overseas within a rolling 12-month period. Pay attention to that “full day” requirement of the 330-day rule — it can trip up unsuspecting expats who haven’t tracked their time properly. For tax purposes, the IRS considers a "full day" as 24 hours starting at midnight, and to qualify you need to be within a foreign country for every single minute of those 24 hours.

Here’s where it gets tricky — if you spend any of those 24 hours in international air pace, it doesn’t count. So, say for example your plane touched down in Paris at 12:01 am, and then you’re back in the air flying over a different country at 11:45 pm that night, that would not count as a full day. In the same way, if you leave the U.S. at 5:00 pm on Friday the 10th and are in international air space until 5:00 pm on Saturday the 11th, your first full day in France would begin at 12:00 am on Sunday the 12th.

So, if I live abroad for 330 days do I automatically qualify for the foreign income exclusion?

To put it shortly, no. Although residing overseas for 330 days is a requirement, there are other factors that help determine if you qualify for the foreign income exclusion under the physical presence test.

First, you must be considered a U.S. citizen or Green Card Holder. Second, in addition to spending at least 330 days overseas, you must be able to prove you have a foreign tax home.

Here are two examples of situations in which you would and wouldn’t pass the physical presence test:

Let’s say you recently accepted a job in Japan with a 3-year contract. You and your family move into your new Japanese home on November 1, 2020. On July 30, 2021 you return to the U.S. for business meetings and arrive back in Tokyo on August 30, 2021, where you stay for the remainder of the year. The IRS will consider you to have lived in Japan for 330 days during the 12-month period of November 2, 2020, through November 1, 2021, and then you would pass the physical presence test.

Note: The foreign earned income exclusion does not apply to the wages of military and civilian employees of the U.S. government.

What is the difference between bona fide residence test and physical presence test?

Something to note is that if you choose to qualify for the FEIE by passing the physical presence test is that you will not be able to come back to the States for vacations and extended holidays exceeding 35 days.

Here are two examples of qualifying for the physical presence test vs. the bona fide residency test:

Sue agrees to a three-year contract with a company in the U.K., after which she will move back to the States. She arrives in the U.K. April 5, 2020 and spends 12 consecutive months there without leaving. Because she spent a period of time in the UK that did not include an entire calendar year, she may only pass the physical presence test.

Dan gets a job teaching English in Korea. His wife is Korean, and it’s been their dream to move there permanently. He sells all his belongings and purchases a new home in Korea, as well as sets up new bank accounts and health insurance. He remains in Korea for 12 consecutive months without leaving. Because he has established economic ties to Korea, has family there, and he has no plans to return to the U.S., he may pass both the physical presence test and the bona fide residency test.

Confused about passing the physical presence test as a U.S. expat? H&R Block is here to help.

Have more questions about passing the physical presence test? Ready to file? No matter your situation, we’ve got a tax solution for you — whether you want to be in the driver’s seat with our DIY online expat tax service designed for U.S. citizens abroad or want to let one of our experienced tax advisors take the wheel. Head on over to our Ways to File page to choose your journey and get started.