What is a Resident Alien?

For the green card test, you’re considered a resident alien if you are legally living permanently in the United States as an immigrant. You have this status if you have an alien registration card, (known by you and I as a green card). 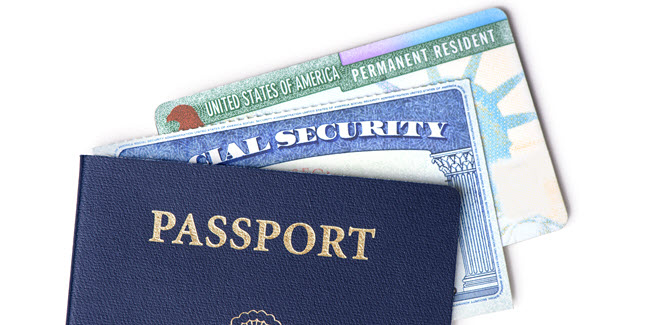 The substantial presence test is pretty much what it sounds like: a test to determine if you’ve spent enough time in the United States to be considered a resident alien. You pass the test if you were physically present in the U.S. at least 183 days over three years, which would include a minimum of 31 days during the current year. This includes:

If you don’t qualify as a resident alien, you might be considered a nonresident alien. The definition of a nonresident alien is someone who’s legally in the U.S. for a short time or who doesn’t have a green card. The main difference between the two is the paperwork and what income is taxed.

Resident aliens in the U.S. owe taxes on their entire income (regardless where it was earned), while the non-resident alien tax rate only applies to taxes on the income from U.S. sources.

In some cases, you can still be considered a nonresident alien even if you meet the substantial presence test. To qualify, you must:

In some cases, you can be considered both a resident and a nonresident alien, known as a dual status alien. These cases usually happen the year you arrive or depart from the U.S.

Resident Alien taxes in the U.S.

A common question our tax advisors get is “what taxes to resident aliens have to pay?” Good question!

All resident aliens need to pay U.S. taxes. Just like a U.S. citizen, you need to report all income, regardless if you earned it in the U.S. or abroad. This includes:

If you’re an alien and you leave the U.S., you must get a certificate of compliance that proves you’ve paid your U.S. taxes. If you don’t, you must file and pay at your point of departure. Before you leave, be sure to download or take a look at Form 1040-C or Form 2063 to find out what you need to report.

Need tax help as a Resident Alien? Trust the experts at H&R Block

Have any more questions about resident alien status? We are here to help. Get started with virtual Expat Tax Preparation from H&R Block today.