Do I pay foreign income tax if I’m a U.S. citizen working overseas?

Do Americans have to pay foreign income tax while working overseas? It’s a common question, and if you’re one of the millions of U.S. citizens who earns money abroad (or are planning to), you should know two things:

How does it all work? Read on to learn the ins and outs of foreign income taxes. Don’t have time to catch up on all the details? Head on over to our Ways to File page and get started on your expat taxes today. Whether you file expat taxes yourself with our online DIY expat tax service designed specifically for U.S. citizens abroad or file with an advisor, H&R Block is here to help.

What foreign income is taxable in the U.S.? 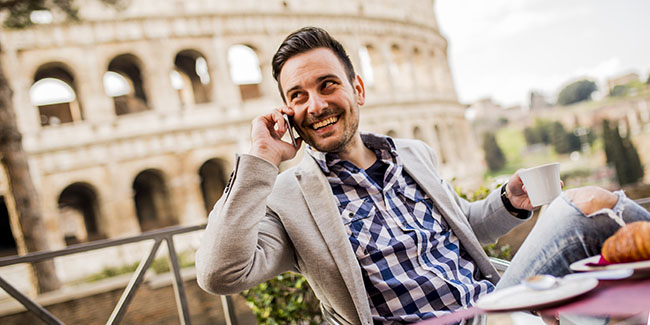 If you earn income overseas, you should know that most foreign income is taxable in the U.S., including:

If you can count any of those sources as a means of income, you likely have a tax liability to the U.S.

How do I report foreign income for U.S. taxes?

If you earned foreign income abroad, you report it to the U.S. on Form 1040. In addition, you may also have to file a few other forms relating to foreign income, like your FBAR (FinCEN Form 114) and FATCA Form 8938.

If you earned money while working as a freelancer or contractor overseas, you’re considered self-employed and still pay taxes. In addition, you may also have to pay self-employment taxes.

Foreign income tax isn’t cut-and-dry. Because of all the stipulations, schedules, and requirements, it’s always in your best interest to let a trusted foreign income tax expert handle your taxes, like the Tax Advisors at H&R Block Expat Tax Services. Incorrect reporting can lead to large penalties, while having someone who knows the ins and outs of all the forms can help you save money on taxes.

A question we commonly get is, “how much foreign income is tax-free?” No foreign income is tax-free, but there are mechanisms in place to help prevent you from paying too much or paying taxes twice on the same income—the Foreign Earned Income Exclusion (FEIE), and the Foreign Tax Credit (FTC). They both work to reduce your U.S. taxes on foreign income, one by excluding the income earned overseas from your taxes and one by giving you a dollar-for-dollar credit on taxes you’ve already paid to your host country.

If you want to take advantage of the Foreign Income Exclusion or Tax Credit, you need to choose between claiming the FEIE and the FTC wisely. Not doing so can lead to unpleasant surprises in future tax filings.

How do I claim the Foreign Tax Credit?

The Foreign Tax Credit works like this: Say you are working in a country that has a vague tax treaty with the U.S. As a result, you end up paying taxes directly to that country. With the Foreign Tax Credit, you can show the U.S. how much money you paid in taxes to that foreign country and receive a credit for every dollar you owe, so you don’t have pay taxes for that same income again on your U.S. tax filing.

If you qualify, you claim the Foreign Tax Credit by filing Form 1116.

How do I claim the Foreign Earned Income Exclusion?

The Foreign Earned Income Exclusion is the most common tool expats use to avoid double taxation on income earned overseas. Even so, there’s still some confusion on how it actually works—it's not automatic, for example. First, you must spend a certain number of days outside the U.S. per year and prove your ties to your new country. You’ll also need to file a U.S. tax return, and you can only claim the exclusion if you file Form 2555 with your return—even if all of your foreign earned income is excludible.

How much is the Foreign Earned Income Exclusion?

Something to note is that the exclusion does not apply to passive income such as interest and dividends.

If I make under the foreign earned income exclusion amount, do I need to file a tax return?

Whether working abroad or in the U.S., you must file a U.S. tax return if you meet the filing threshold which is generally equivalent to the standard deduction for your applicable filing status.

Need help with foreign income tax filing? H&R Block is ready to help, no matter where you are

Still unsure about foreign income taxes? Ready to file your U.S. taxes on foreign income? No matter how complicated your U.S. tax return is, there's an expat tax expert ready to help. Get started with Virtual Expat Tax Preparation today!