Self-employment and working abroad go hand–in–hand. They both offer freedom, unlimited potential, and a world of opportunities waiting to be discovered. But, as it turns out, they both also come with complicated U.S. tax filing requirements that — when not handled correctly — can result in some sticky situations and large tax penalties.

Self-employment taxes on foreign-earned income can be confusing, but the experts at H&R Block Expat Tax Services are here to help you understand the basics.

Ready to file? Start your self-employment expat taxes now with an online advisor or with our DIY online expat tax service. 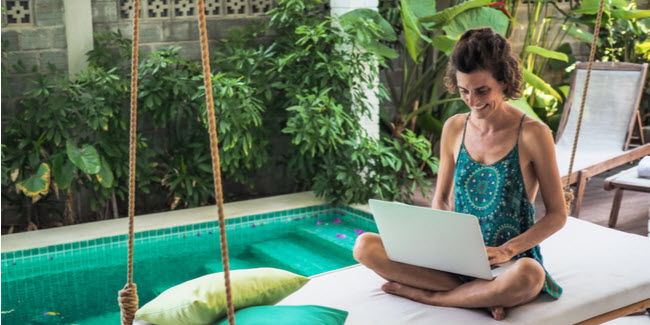 First, you should understand the basics of self-employment taxes on U.S. based income. In the U.S., if you’re self-employed and your net earnings from self-employment equal $400 or more, you must do two things:

The IRS considers you to be self-employed if you own your own business or are an independent contractor. Self-employed Americans must make quarterly estimated tax payments to cover the federal income tax and self-employment tax — which includes your share of Social Security and Medicare taxes as well as the amount employers pay on the employees’ behalf.

All of the above is still true if you’re self-employed and living abroad. You still have to pay that 15%, unless the foreign income you earned was in a country with a totalization agreement with the U.S.

Get started on your U.S. self-employment taxes now.

Generally, if you’re self-employed abroad or earn income abroad and you pay the equivalent of Social Security and Medicare taxes to another country with a totalization agreement, then you likely won’t have to pay self-employment taxes to the U.S.

If you’ve paid self-employment or Social Security taxes to another country, you may have to get a certificate of coverage in order to prove that you’re exempt in the U.S. Normally, you’d get one from your current country of residence, but each country is different. For example, if you’re filing U.S. taxes from Australia, you have to get a certificate of coverage from the U.S.

Other considerations if you’re self-employed and working abroad

While these are not the only considerations, if you’re self-employed and working abroad you may need to know:

How to report foreign self-employment income with H&R Block

Not sure how to report foreign self-employment income? H&R Block makes it simple for expat entrepreneurs to report foreign income and file taxes abroad without a W-2. Here’s how to file your U.S. expat taxes online: