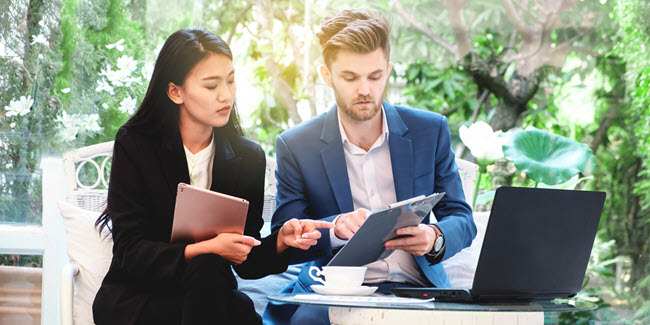 Learn more about PFICs with H&R Block, or get started on your expat taxes today.

What is a PFIC?

How to identify a PFIC

A common question we hear is, "how do I identify a PFIC?" A key point to understand is that mutual funds from U.S. companies with international investments—like Vanguard, for example—are generally not considered PFICs. If, however, you open a foreign fund with UBS—a Swiss investment company—that fund would be considered a PFIC.

Passive income is income that is generated passively (through investment vehicles) instead of actively (income earned in exchanged for goods and services). Passive income includes:

How are PFICs taxed?

There are three ways a PFIC can be taxed: Excess distribution, Mark-to-Market (MTM), and Qualified Electing Fund (QEF).

Bottom-line, investing in foreign mutual funds can sometimes be costlier than any economic benefit you might gain. If you can, we recommend you open U.S.-based funds. If you're dead set on an international fund, it's important to talk to an H&R Block Expat Tax Advisor to make sure you're handling foreign investments in the best way possible. U.S. expat taxes aren’t easy to start with and having a pro by your side can make all the difference to your wallet come tax season.

What are my PFIC reporting requirements if I have shares in a foreign mutual fund?

Before you jump in, seek the guidance of an expat tax expert, like our Expat Tax Advisors at H&R Block.

Even the best global mutual funds come with strict reporting requirements and heavy taxes, which is why we don’t recommend clients invest in international mutual funds without knowing the tax consequences up front. However, if you do have PFICs, leave the reporting to us. Our Tax Advisors are trusted by expats all over the globe, and there’s no tax situation we can’t handle with a snap.

Ready to file your PFIC reporting requirements? No matter how complicated your U.S. tax return is, there's an Expat Tax Expert ready to help. Get started with Virtual Expat Tax Preparation today!