The U.S. and Canada have historically had a great relationship, and that relationship extends to taxes within each other’s borders. The U.S./Canada tax treaty dictates, among other things, how U.S. citizens in Canada and Canadian citizens in the U.S. should be taxed in certain circumstances, and it saves a lot of headaches when it comes to tough tax scenarios. 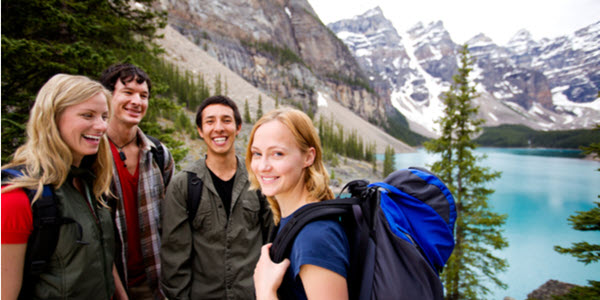 Keep reading to find out more about the U.S./Canada tax treaty below, including why it exists, what all it covers, and how to make sure you’re getting the benefits you’re entitled to. Not sure about filing requirements for your U.S. expat taxes in Canada? We’re here to help. Get started on your expat taxes now.

Why the tax treaty between the U.S. and Canada exists

The U.S./Canada tax treaty, in summary, alleviates tax issues for U.S. citizens and residents living in Canada and Canadians living in the U.S.

Most countries around the globe, including Canada, have some form of income tax that residents are obligated to pay. This can create problems for U.S. expats because Americans file U.S. income taxes even if they aren’t living in the U.S. at the time.

The reason for this is that the U.S. is one of the few countries in the world that imposes taxes based on citizenship, not place of residency. That policy leaves some Americans responsible for taxes in two countries — once in the U.S. and once in their country of residence. One of the purposes of tax treaties is to solve this double-taxation issue, and the United States treaty with Canada is no different.

The U.S. does have certain tools like the Foreign Earned Income Exclusion (FEIE) and the Foreign Tax Credit (FTC) that help alleviate the double–taxation issue, but there were still some sticky situations — U.S. citizens with Canadian pensions and tax–free retirement accounts, for example, ran into trouble when it came to U.S. taxation of those accounts. The U.S./Canada tax treaty addresses those concerns and directs how those situations and individuals should be taxed.

Among other things, it also addresses cross-country expat financial reporting as well, to ensure transparency between Canadian financial institutions and the U.S.— so if you’re behind on U.S./Canada financial reporting like your FBAR and FATCA filing requirements, you should get caught up with Streamlined Filing as soon as you can.

Most U.S. tax treaties have what’s known as a saving clause. The saving clause essentially states that a country may tax its citizens as if the treaty never existed. As a result, it renders most provisions of the treaty ineffective for Americans living in Canada, but leaves them open for Canadian citizens living in the U.S.

This is one reason you should get familiar with the FTC — so that if you need to, you can claim it against Canadian taxes paid. The FTC can be claimed in some instances only because of the exceptions to the saving clause.

One question we hear on a regular basis from American citizens living in Canada is, “How are Canadian retirement plans taxed in the U.S.?”

If you’re a U.S. citizen and you receive benefits from a Canadian Pension Plan and the Old Age Security Plan, the IRS will treat those benefits the same as U.S. social security payments for tax purposes.

The vast majority of tax benefits you get from the U.S./Canada tax treaty don’t have to be claimed. If you found yourself in one of those rare, complicated situations that a specific article alleviates, you’d file Form 8833 and include your situation in the summary. Before you run out and file Form 8833, talk to an Expat Tax Advisor.

Whether you’re an American who has recently relocated to Vancouver or are a full–on U.S./Canada dual citizen who’s lived in Toronto for decades, we’ve got the tax solutions for you. Whether you file expat taxes yourself with our online DIY expat tax service designed specifically for U.S. citizens abroad or file with an advisor, H&R Block is here to help. Get started on your expat taxes now.

Find out the top 20 things you should know if you’re filing taxes as an expat with the tax pros at H&R Block.

If you have U.S./Canada dual citizenship, taxes can be complicated. Here are five things you should know before tax season comes around.