Having U.S./U.K. dual citizenship comes with a myriad of perks, including more freedom when travelling, healthcare and education benefits, and easier access to work in both countries. But along with those perks comes a whole host of tax and financial implications that affect not only your income taxes, but taxes on investments, pensions, and properties as well. 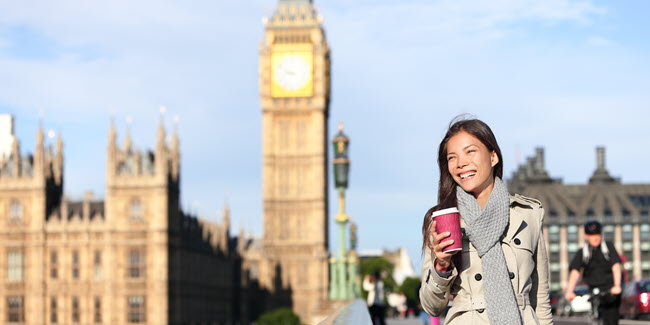 U.S. taxes can be confusing when you hold more than one passport, and chances are you have a few questions. For example, if you were born in the U.S. but have lived your whole life in the U.K., do you have a U.S. tax obligation? What if you live in the U.S. and have U.K. dual citizenship through a parent? What if—as was the case with Boris Johnson—you’re an Accidental American?

To make it easier on you, we’ve addressed the common questions and concerns about dual citizenship taxes for U.S. citizens living in the U.K. and distilled them into five things you should know.

Not a dual citizen but live and work in the U.K.? Learn more about U.S. expat taxes in the U.K. Ready to file your U.S. tax return? Get started now.

The most common question we hear is, "do dual citizens in the U.K. have to file U.S. taxes?"

Yes, if you are a citizen or resident alien of the United States, you must file U.S. taxes, even if you’re a dual citizen of the U.S. and U.K.

The U.S. is one of two countries in the world that taxes based on citizenship, not place of residency. That means it doesn’t matter where you live—if you’re a U.S. citizen, you pay taxes. This is true even if you earn no income in the U.S.

If you’re a dual U.S. citizen living in the U.K., taxes go both ways—so you may end up having to file not only U.S. taxes but also U.K. taxes. Where you fall in the U.K. and U.S. tax brackets can influence decisions on how to file your U.S. taxes, so it’s important to understand the U.K. tax bands and taxation rates. The table below contains the U.K. tax bands for 2020/21*, as well as the taxation rate for each band.

2. Most dual citizens of the U.S. and U.K. do not owe U.S. taxes because of the U.S./U.K. tax treaty, the foreign earned income exclusion, and the foreign tax credit

Now, just because you have a U.S. tax obligation doesn’t mean you’ll end up owing anything—there are a few tools the U.S. provides to ease the tax burden on dual citizens, including the U.S./U.K. tax treaty, the foreign tax credit, and the foreign earned income exclusion.

The U.S. has entered into tax treaties with more than 50 countries around the world. Among other things, they serve to clarify what income is taxable and therefore affect whether or not you can take a tax credit, tax exemption, or qualify for a reduced tax rate.

The U.K./U.S. tax treaty is no different, and offers benefits for dual citizens as well as U.S. citizens who are currently living in the U.K. In fact, it covers more than other treaties. Take your retirement investments, for example. The current treaty states that money you put in your U.K. pension scheme can be deducted from your U.S. income, too—just like a domestic IRA or 401(k) contribution. Not all U.S. expats around the globe get that additional advantage.

This pension provision of the tax treaty doesn’t apply to all your U.K. investments, however. For example, some U.S./U.K. dual citizens have invested in an Individual Savings Account (ISA). These types of investments are not tax-free in the U.S., regardless what assets they hold.

The Foreign Earned Income Exclusion (FEIE) is the most commonly used tool to lower U.S./U.K. dual citizen taxes. What it does is exclude your foreign earned income on your tax return, therefore lowering (or completely eliminating) your U.S. tax obligation. If you qualify, you’re able to exclude up to $107,600 of foreign earned income in 2020. You qualify if you live and work outside the U.S. and pass either the Bona Fide Residency test or the Physical Presence Test.

For example, say you’re a dual citizen who was born in the U.S., now lives and works in London, and has a total U.K. income of $105,000. You would be able to exclude all that income from your U.S. taxes, lowing your U.S. tax obligation to $0.

The Foreign Tax Credit for U.S. citizens living in the U.K.

Another important tool for lowering your U.S. tax obligation is the Foreign Tax Credit (FTC). The FTC gives you a dollar-for-dollar credit on taxes already paid to the British version of the IRS, Her Majesty's Revenue and Customs (HMRC). Because U.K. taxes are generally higher than U.S. taxes, we recommend you explore this option when doing your U.S. taxes.

3. If you were born in the U.S. or have a U.S. parent, you may be an Accidental American and have U.S. tax obligations

In some cases, Brits will find out that they’re "Accidental Americans." These dual citizens aren’t aware they have a U.S. tax obligation because they’ve lived and worked in the U.K. their entire lives. They may have been born in the U.S. while their U.K. parents were employed there, or they may have one U.S. parent. It’s important to understand that if you were born in the U.S. or have a U.S. parent, you may be considered a dual citizen of the U.K. and U.S.

Boris Johnson is one example out of thousands of Accidental Americans. Johnson was born in New York while his parents were working there and moved back to the U.K. when he was five years old. He didn’t know he had a tax obligation until many years later, when the IRS requested that he pay a capital gains tax on the profit of selling his North London home.

To avoid a similar situation, make sure you’re either caught up on your U.S. taxes or verify you don’t have a tax obligation. If you find out you do in fact have a tax liability and you haven’t been paying, you’re in luck. Which brings us to…

If you’ve never filed U.S. taxes while living in the U.K. and just found out you need to, don’t panic. While getting caught up on U.S. taxes can seem daunting, there’s good news: The IRS is pretty understanding when it comes to not filing because you honestly didn’t know you had to, and they have a program to help you get caught up—Streamlined Foreign Offshore Procedures.

Streamlined Foreign Offshore Procedures helps U.S. dual citizens in the U.K. (as well as elsewhere in the world) get compliant with prior year filings while helping reduce penalties. To qualify, you must:

5. You may have financial reporting obligations in addition to filing U.S./U.K. dual citizen taxes

As a U.S. dual citizen in the U.K., filing your U.S. taxes may not be the end of your paperwork—if you have a U.K. bank account, you may also have to file your Foreign Bank Account Report (FBAR) and FATCA Form 8938.

The U.S. enacted the Foreign Account Tax Compliance Act (FATCA) to increase transparency of U.S. citizens with foreign bank accounts, and your FBAR serves a similar purpose. One difference between the two is you submit Form 8938 to the IRS while you submit your FBAR with FinCEN, the U.S. Treasury Department's Financial Crimes and Enforcement Network.

If you’re confused about your FBAR and FATCA filing requirements, it’s best to leave your tax filing to the experts at H&R Block.

Paying taxes in one country is enough to give anyone a headache, and it only gets more complicated for dual citizens. That’s why it’s crucial you leave your U.S. expat taxes to seasoned pros who will dig into your specific tax situation to find the most beneficial filing options. No matter how complicated your dual citizenship taxes are, there’s an expert Tax Advisor waiting to help. Start your U.S. taxes today!

Learn the top tax tips for U.S. expats in the U.K. with H&R Block.

Investing in U.K. Pension Schemes as a U.S. Expat