As a U.S. citizen living and working abroad, you may have opened a foreign mutual fund investment account. If you’ve received any income from these funds in the past year, you’re required to report it using U.S. tax Form 8621. 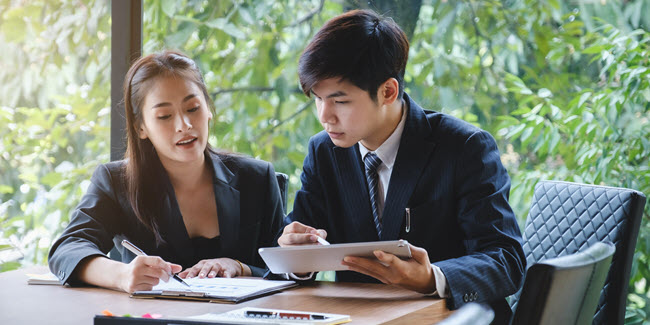 Below we’ll explain the basics of this form, including what it’s used for, who has to file it, penalties for not filing, and how to file Form 8621 online with H&R Block. Know you need help with your expat taxes? Start with H&R Block today and we’ll make sure your taxes are done right. No matter where in the world you are, we’ve got a tax solution for you — whether you want to DIY your expat taxes or file with help from an advisor.

What qualifies as a PFIC?

The term PFIC applies to most foreign mutual funds. Under U.S. tax law, mutual funds based outside the U.S. are typically set up as or deemed corporations. A PFIC isn’t limited to mutual funds, however—any pooled investment that is registered outside of the U.S. would qualify as a passive foreign investment company, including multiple types of funds, investment trusts, ETFs, and more.

A foreign corporation qualifies as a PFIC if it meets one of the following two qualifications:

PFICs are also reportable even if there is no income so long as the appropriate filing threshold is met. For example, a taxpayer with no PFIC income but whose PFICs together are worth more than $25,000 must file Form 8621 to report the PFICs. There are three methods of PFIC taxation: excess distribution, mark to market (MTM), and qualified electing fund (QEF).

If you’re a direct or indirect shareholder of a PFIC and you either received a distribution of income or have met the appropriate filing threshold, you may have to file tax Form 8621.

Here’s what qualifies you as an indirect shareholder:

Penalties for not filing

You can file Form 8621 online with H&R Block’s Expat Tax Services. You may have to file more than one form—if you’re required to file Form 8621, you must file a form for each PFIC in which stock is held. For example, if you have five funds in your portfolio, you need to file five forms 8621.

Because the Form 8621 instructions are incredibly detailed and technical, we don’t recommend you try to fill out this form on your own. You may also have to complete additional forms depending on your situation. Common forms that may accompany this one include your FBAR, Form 8938, and Form 5471.