To ease the tax burden on Americans living abroad, the U.S. is party to dozens of tax treaties with countries around the globe. The U.S./U.K. tax treaty is one of them, and it protects U.S. expats in the U.K. from paying more than their fair share of U.S. taxes. 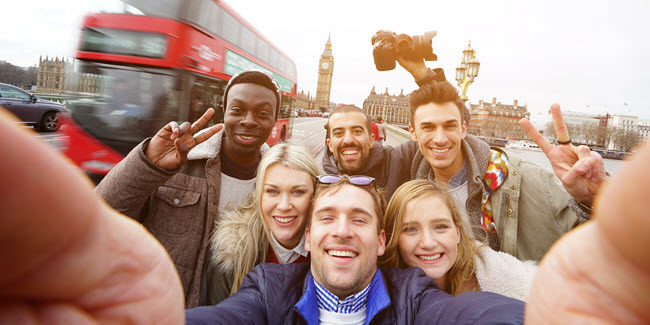 Keep reading to find out more about the U.S./U.K. tax treaty below. Not sure about filing requirements for your U.S. expat taxes in the U.K.? We’re here to help. Get started now.

Most countries around the world have some form of income tax that residents are obligated to pay. This can create a problem because American expats pay U.S. income taxes in addition to what they may pay abroad. The U.S. is one of the few countries in the world that taxes based on citizenship, not place of residency. That led to some expats paying taxes twice—once in the U.S. and once in their country of residence.

While certain tools like the Foreign Earned Income Exclusion and the Foreign Tax Credit helped alleviate this, there were still some sticky situations—U.S. citizens living in the United Kingdom, for example, ran into trouble when it came to pension taxation. To solve those situations, the U.S. entered into individual tax treaties. The main purpose of these tax treaties is to solve the double-taxation issue, and the United States’ treaty with the United Kingdom is no different.

The U.S./U.K. tax treaty—formally known as the “Convention between the Government of the United States of America and the Government of the United Kingdom of Great Britain and Northern Ireland for the Avoidance of Double Taxation and the Prevention of Fiscal Evasion with respect to Taxes on Income and on Capital Gains”—also addresses tax evasion, income taxes, and capital gains taxes between the two countries.

What else should you know about the United States – United Kingdom tax treaty?

Now that you know the basics of the United States – United Kingdom tax treaty, we can get a bit more into specifics that affect U.S. expats. Within the tax treaty are specific provisions addressing individual tax concerns. While there are more than a dozen provisions, the ones that can affect Americans in the U.K. the most are the Saving Clause and Article 17 – U.S. taxation on U.K. pensions.

A lot of questions we hear on a regular basis are about how U.K. pensions work for U.S. expats. Thanks to the tax treaty, contributions to a pension in the U.K. can be tax-deferred, just like your U.S. 401k and other tax-deferred retirement vehicles.

Even though distributions are generally taxable, the double taxation article will help prevent you from paying taxes twice. Another perk of the tax treaty is that it allows your social security (U.K. state pension) to only be taxable in the country they are residing in.

There are some situations you might run into where—despite all the exclusions and other treaty benefits—you may be double-taxed on income. For example, let’s say you’re employed by a British company and live and work in England. Your employer sends you to the U.S. for a business trip, and because income received for services performed in the U.S. is considered U.S. income, you’d owe U.S. taxes on the income you earned while stateside. Article 24 of the U.S./U.K. tax treaty, for example, would help alleviate this particular situation. To claim it, you’d file Form 8833 and include your situation in the summary.

Before you run out and file this form, talk to a Tax Advisor. The majority of U.S./U.K. tax benefits you get from treaties don’t have to be claimed with Form 8833. You’d only have to file if provisions in the current tax treaty trump or change a provision of the Internal Revenue Code (IRC) in order to lower reduce taxes owed.

Whether you’re an American who has recently relocated to London or are a full-on U.S./U.K. dual citizen, we’ve got the tax solutions for you. Your Tax Advisor will comb through your financial documents to find you the best solutions for your specific situation, so you can have the peace of mind your U.S. taxes are done right. Get started on your expat taxes today!

Guide to U.S. Taxes in the United Kingdom

Check out this guide for filing U.S. taxes in the U.K, including how to file, when to file, and filing requirements.

If you have U.S./U.K. dual citizenship, you may owe U.S. taxes. Here are five things you should know before tax season comes around.

Investing in United Kingdom Pension Schemes as a U.S. Expat.