While nearly six million Americans live or work abroad, nearly two million of them admit they aren’t very knowledgeable when it comes to their tax filing obligations. In addition, even though the tax filing deadline for these taxpayers, also known as expatriates, isn’t until June 15 most years, almost two-thirds still file by the April 15 deadline most taxpayers in the U.S. must meet.

These stats and more were found in a recent survey by H&R Block and Internations.org, an online community of Americans overseas. 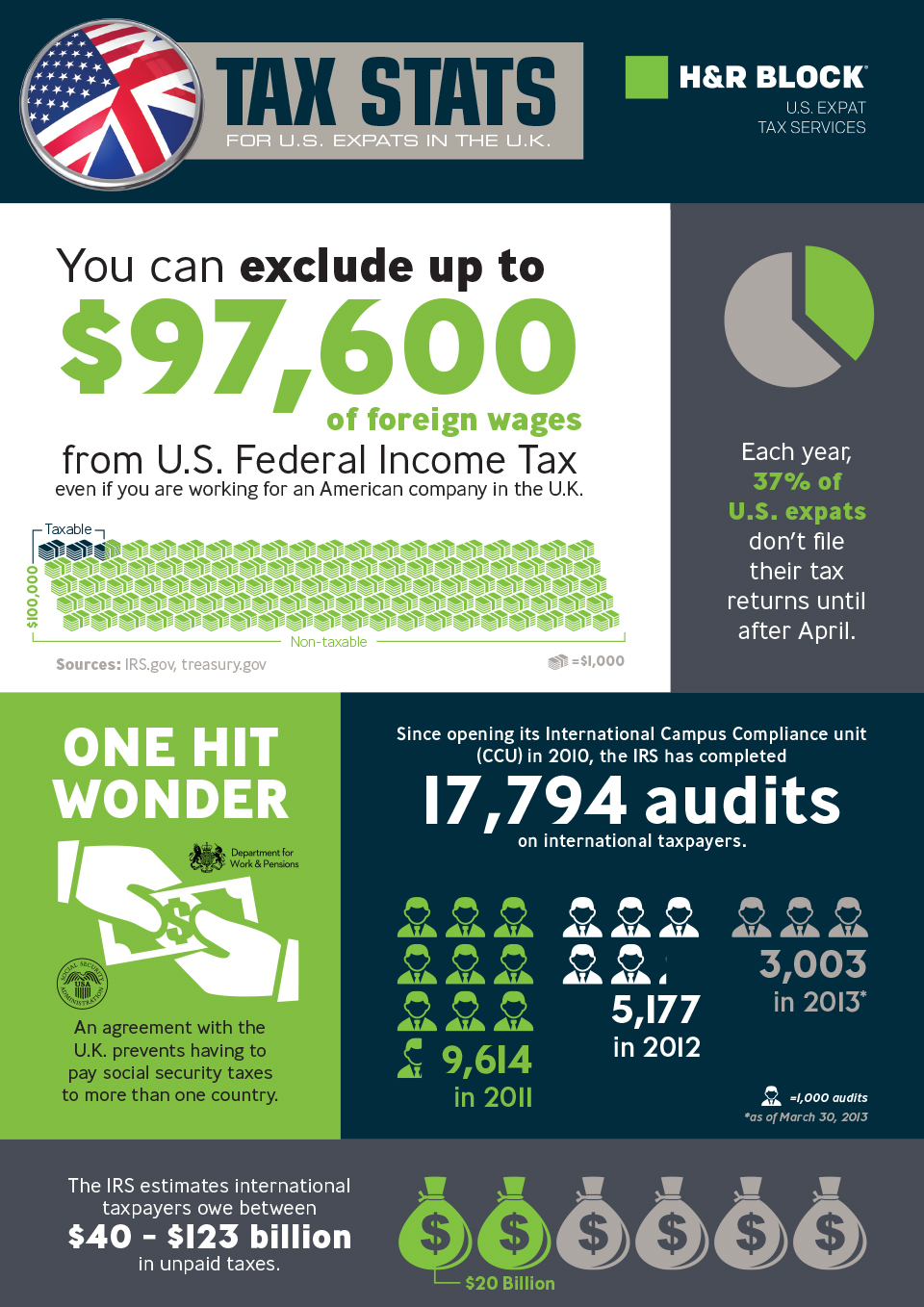 “The U.S. is one of the only countries that taxes income based on citizenship instead of residency,” said Roland Sabates, senior manager of H&R Block’s expat services and a tax attorney. “We know that taxes can be confusing for most taxpayers and with the additional complexity of working or living in a foreign country it is key to get help.”

The survey found that a majority of expats seek assistance. And when they do, more than three-quarters of the time – 78 percent – they seek the help of a U.S.-based tax preparer. The survey also found that more than 4 out of 10 expats file in March or April – a full two to three months before the filing deadline of June 15.

The provisions commonly known as the Foreign Account Tax Compliance Act (FATCA) became law in 2010 and placed a requirement on foreign financial institutions to begin reporting the existence of U.S. account holders to the IRS. Registration is ongoing and actual reporting to the IRS will begin in 2015.

“The IRS continues to offer a variety of open-ended compliance options for taxpayers who may have overlooked their U.S. tax filing obligations in the past,” Sabates said. “But with FATCA reporting on the horizon, we could see these more lenient options disappear at any time.”

To report the information, taxpayers must submit the foreign bank account reporting form (FBAR) to the Department of Treasury by June 30. However, the information also may need to be included with the tax return on Form 8938, which is due earlier in the month. Beginning this year, the FBAR is now required to be filed electronically and cannot be mailed to the Department of Treasury.

U.S. citizens who meet the minimum income requirement – $20,000 for married filing jointly and $10,000 for single filers – are required to file a federal tax return regardless of where they live, even if all of their income was earned in a foreign country. Some taxpayers working abroad may be able to exclude some foreign income and claim a credit for foreign taxes paid on their U.S. tax return, which could offset any taxes owed to the United States.

Taxpayers working abroad who are not able to file an accurate return by June 16 can submit a tax filing extension to make their filing deadline Oct.15.

Expats can have their U.S. tax returns completed by H&R Block tax experts in an H&R Block office in more than 14 countries and U.S. territories. In addition, they can now work with a tax professional, using the company’s virtual service. The virtual service is a secure option that includes a customized interview to ensure an accurate return is prepared. Plus, all the benefits of an H&R Block office experience are available, including accuracy guarantees and the opportunity for free Second Look®reviews of past returns.

Learn more about expat taxes from the experts at H&R Block.