Teachers and students answer: how big is a billion? 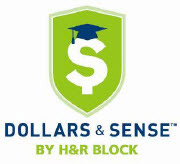 Americans leave more than $1 billion on the table every year by doing their own taxes – a fact demonstrated in H&R Block’s “Get Your Billion Back, America” national advertising campaign by placing $500 on seats in a professional football stadium. After hearing from students interested in the math, H&R Block asked teachers to turn the idea of $1 billion into a math assignment by submitting real-life examples to illustrate the concept. Classroom grants of $3,000, $2,000 and $1,000 were awarded across three grade tiers: grades 4th-6th, 7th-9th and 10th-12th.

Thanks to the ingenuity of teachers and students nationwide participating in the “How Big is a Billion? Challenge, we know $1 billion would be enough to purchase $20 in school supplies for every public school student in the country, from pre-kindergarten through 12th grade, among other things.

“We’re always looking for ways to bring fun, engaging personal finance lessons to students and wanted to celebrate teachers for doing the same in their classrooms. The originality, creativity and math skills students and teachers shared demonstrating how big a billion is were really impressive,” said Kathy Collins, chief marketing officer at H&R Block.

Emily McDonnell’s class earned the $3,000 first prize for grades 4-6 by equating one billion to a whopping 15,432 years worth of lunch trays at Bonner Springs (Kan.) Elementary School.

“In my class, we have been focusing on divergent thinking skills – seeing things in a different away and thinking of different uses for common objects,” said McDonnell. “So, coming up with various ideas to represent the concept of one billion dovetailed perfectly. The kids absolutely loved the process.”

The winning entry for grades 7-9 was submitted by the students of Billie Watson’s class at Annoor Academy in Knoxville, Tenn., who concluded that $1 billion equals an hourly salary of $114,115.25 – for every hour of every day for an entire year.

“We had just been learning about simple interest and applying that math to real life examples, so it was perfect timing to explore what it would look like to make a billion dollars in a year,” said Watson. “My students all worked together, including setting up different proportions to find the correct answers. It was a great learning experience – we were able to branch out our normal everyday lessons and apply basic math skills to a real life application, all while having fun!”

Sports and history buffs will appreciate the winning entry for grades 10-12, as Amanda Bowles’ students at East Coweta High School in Sharpsburg, Ga., determined that a billion pitches would be thrown over the course of 1,906 Major League Baseball seasons – or, enough to take our national pastime back to the Roman Empire of the second century.

Other winning representations, by grade level:

H&R Block partnered with WeAreTeachers, an online resource for lesson plans, professional development resources, grants and contests for teachers, to select the finalists. Entries were evaluated on accuracy and creativity, with H&R Block selecting the prize winners.